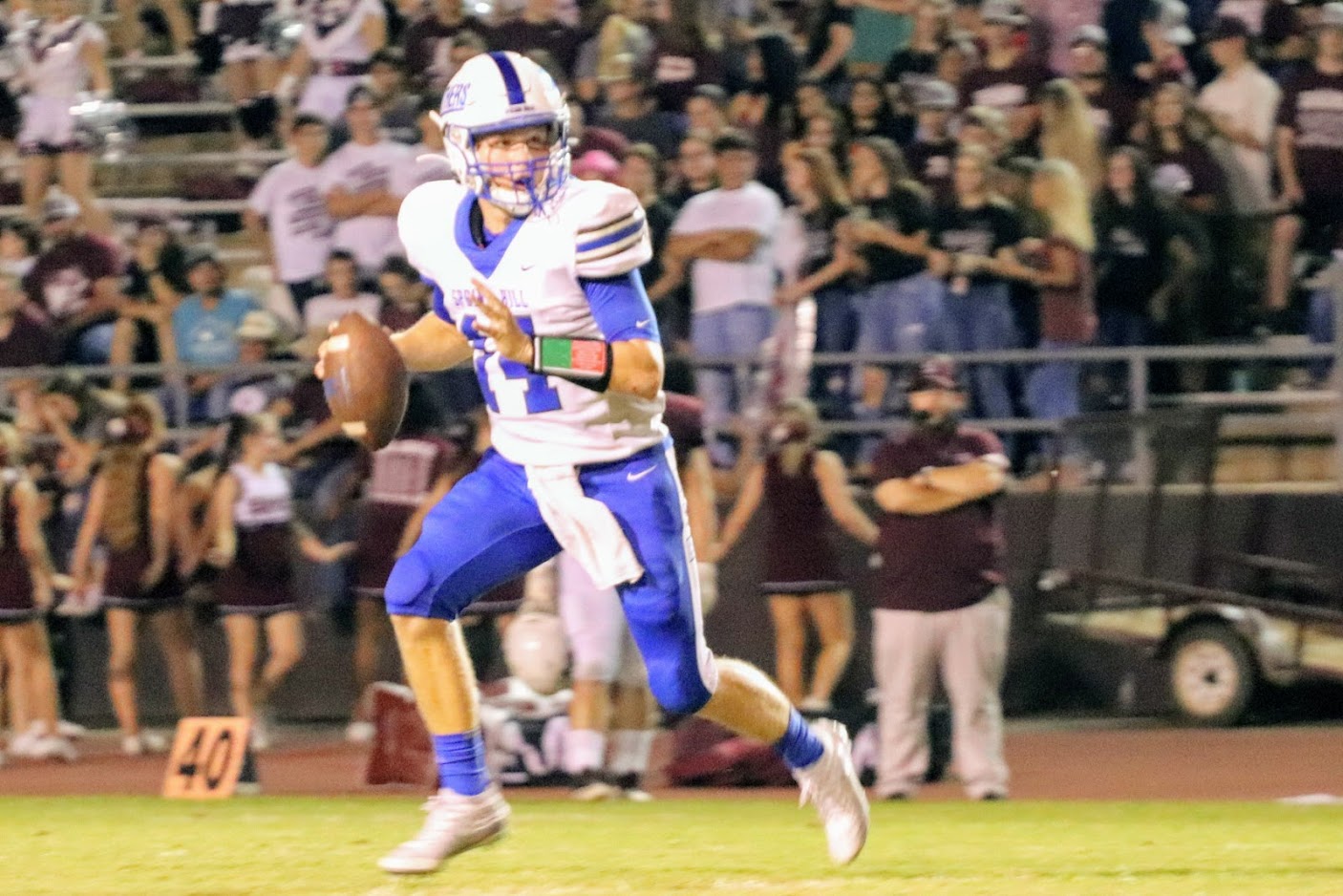 The game was called with 45 seconds left in the third quarter because of lightning.

White completed 21 of 34 passes for 450 yards in three quarters.

Silsbee marched the ball to the Panther 2-yard line in the first quarter, by running back Chris Martin fumbled the ball and the Panthers recovered.

On the next play.Spring Hill got on the scoreboard first with a 99-yard TD pass from White to Jay Rockwell for a 6-0 lead after the 2-point conversion failed.

Four plays later, Silsbee took its first and only lead of the game on Antonius Arline’s 13-yard run with 7:20 left in the opening period. Diego Gonzalez’s point-after kick gave the Tigers a 7-6 margin.

Spring Hill marched 86 yards in nine plays as White and Rockwell connected on a 14-yard TD with 3:20 left in the first. White completed 5 of 7 passes for 85 yards in the drive.

Early in the second quarter, Silsbee tied the score on a 16-yard pass from quarterback Raymond Foster to K’Drain Cartwright with 10:46 left until intermission.

The Panthers took advantage of three Silsbee penalties in their next possession. White hit Eric Morrow for a 4-yard TD pass for a 19-13 lead after Ethan Tidwell’s conversion passed failed with less than six minutes left to halftime.

After stopping Silsbee on fourth-and-five at the Panther 22, Spring Hill used a trick play for their fourth score. White hit Rockwell with a short pass, then Rockwell pitched the ball back to Davaunte Powers for a 63-yard hook-and-lateral play with 21 seconds until intermission.

White and Tyrese Jones connected on the 2-point conversion for a 27-13 lead.

Silsbee had a chance to score in the final seconds, by Cartwright dropped a pass from Foster on the final play of the half.

The Tigers put the first points up in the third quarter to pull to within striking distance. They marched 43 yards in nine plays capped by a 5-yard TD run by Martin. Gonzalez’s kick pulled the Tigers to within seven, 27-20, with 8:17 left in the third.

Once again, the Panthers took advance of Tiger penalties. Silsbee was called for pass interference twice in the Panthers’ next drive as they marched 75 yards in nine plays. Jones caught a 19-yard pass from White for a 34-20 margin after the point-after kick with 5 minutes left in the quarter.

Silsbee answered with a 61-yard TD run by running back Dralyn Taylor to cap a 90-yard drive.

Gonzalez’ kick once again pulled the Tigers with seven points, 34-27, with 2:30 left in the period.

Another pair of pass interference calls helped the Panthers moved the ball downfield on their last possession.

White tossed a 7-yard TD pass to Rockwell with 45 seconds left in the quarter.

Spring Hill improved to 3-3 and Silsbee dropped to 2-3.

The Panthers will open district play at Gilmer on Friday.

Article provided by The Longview News Journal at ETVarsity.com.