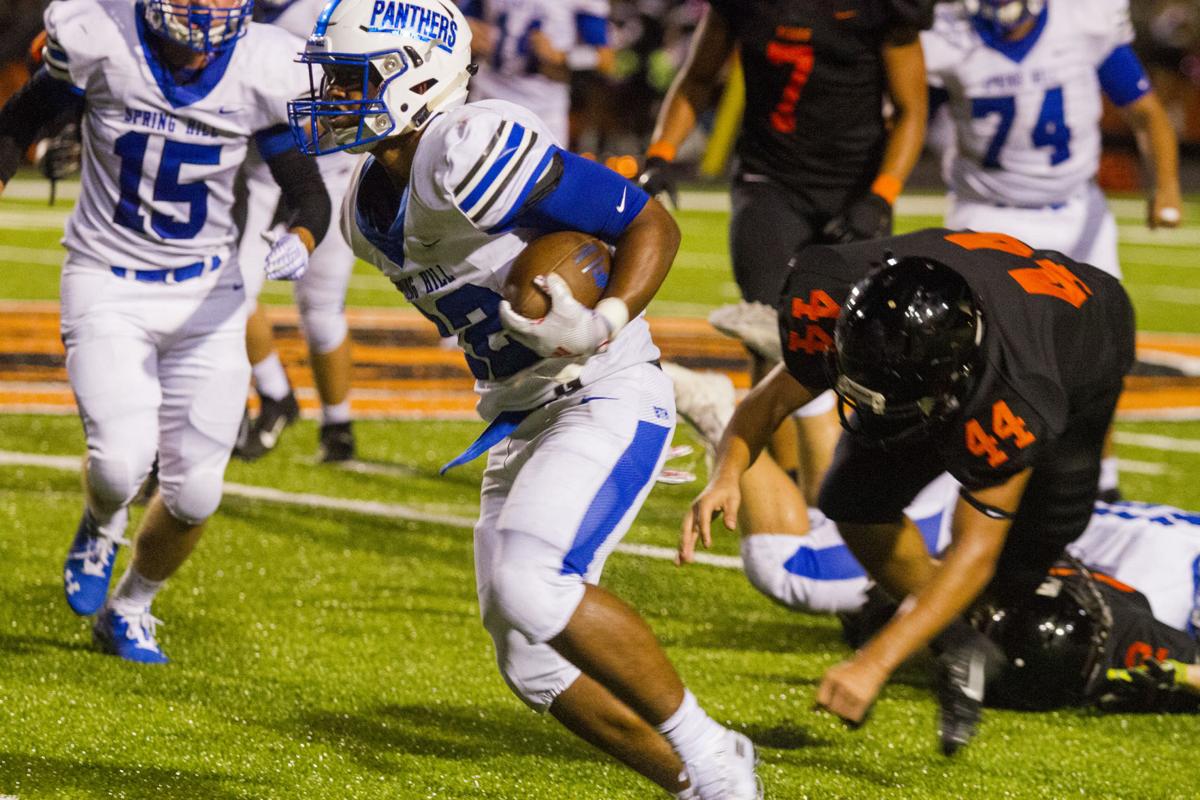 GLADEWATER — A big first quarter by the Gladewater was too much for Spring Hill to overcome despite a big second half, as the Bears spoiled former offensive coordinator Jonny Louvier’s head coaching debut with the Panthers in a 39-26 thriller at Jack V. Murphy-Bear Stadium.

Gladewater opened up a 21-0 lead after one quarter and led 29-6 at halftime, but the Panthers outscored the Bears 13-0 in the third period to get back in the contest.

D.J. Allen passed for 45 yards and carried three times for 89 yards and a touchdown to pace the Bears. Eligia Carter added 13 carries for 69 yards and two scores, and Devin Walker picked up 74 yards and scored once on 14 carries.

Gage White completed 10 of 29 passes for 182 yards, two touchdowns and an interception in the loss for the Panthers. Tyrese Jones caught four passes for 115 yards and two scores.

Carter opened the scoring with a 3-yard touchdown run with 2:50 left in the opening quarter, and later raced 43 yards for his second TD of the quarter.

He tacked on the two-point conversion, and the Bears enjoyed a 15-0 lead.

Just nine seconds later, Zonovion Campbell scooped up a Spring Hill fumble and scored from six yards out. The PAT failed, but the Bears led 21-0.

Michael Marrs got the Panthers on the board with a 1-yard run midway through the second quarter, but just 52 seconds later Allen bolted 70 yards for a touchdown and Carter added the two-pointer for a 29-6 Bear cushion.

White and Jones hooked up twice on touchdown passes in the third quarter — scoring strikes of 6 and 38 yards — but the Bears got a 1-yard TD run by Walker early in the fourth and later added a 30-yard field goal by Justice Hasseke to put things away.

The Panthers will host Bullard, and Gladewater visits Atlanta on Friday.