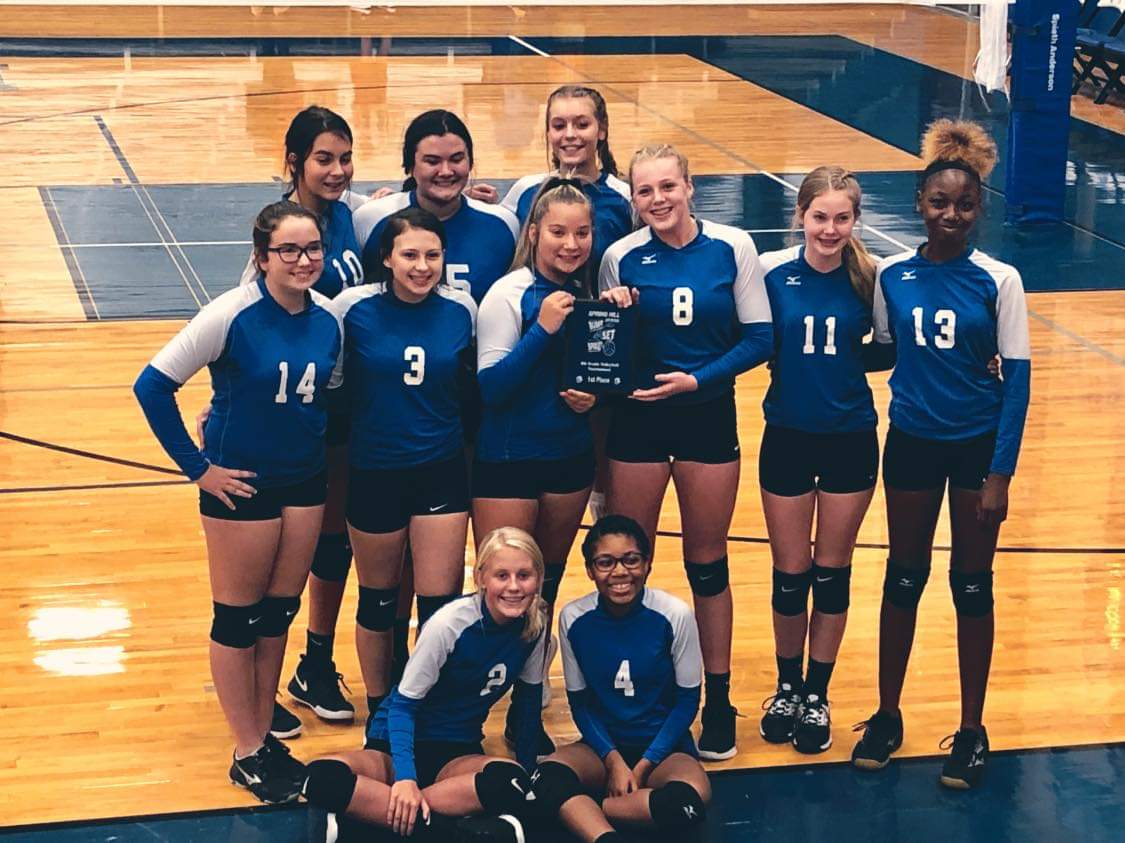 Back to Back Champions!! The 8th A team brought home another 1st place after winning the tournament last year as 7th graders! They competed against New Diana, winning in two sets, which put them in the winners bracket competing against Quitman. They were successful against Quitman, which took them to the Championship against Van. After winning the first set against Van, they had a setback in the 2nd set allowing Van to come back for the win. Going into the the 3rd set the girls picked their heads up and knew what they needed to do.
Bailey Quinn and Carolann Bowles were the top servers of the day. Caylee Lewis, Carli Manasse and Bowles all played well at the net with assists from Victoria Rumley. Shanessa Mudoh and Madeline Warren were top defensive specialist for the tournament.
Congratulations!! Go Lady Panthers!